This week we had fun with a CASIO keyboard, full of lots of different sounds made to mimic the sounds of real instruments.

We had fun singing along with the snythezised sound a human singing “Dooooo”. The kids were able to mimic different melodies that played on the keyboard as it sharpened their ability to listen for tone precision and respond to the proper timing of “call-and-response” musicality.

We explored the art of “mimicry” or “copycatting” (though it’s never good to copycat a person who is misbehaving ;)). We made drum sounds, trumpet sounds, and organ sounds, all with our voices, attempting to mimic the keyboard.   We also enjoyed a call and response song called “Mr. Bird”,  a bluesy song that introduces a new singing animal to mimic with each verse. (birds, cats, cows, owls, etc.)

I also used the built in rhythm features to illustrate three different speeds of music:  Adagio, Allegro, and Presto (slow, fast, and superfast).  We sang along with them as they accompanied “Down Down Baby”, “Down By the Roller Coaster” and “Driving in My Car” with different speeds.

On the subject of mimicry, I wanted to introduce you to an entertainer that amazes me.  His name is Reggie Watts and he mixes together acting, absurdest comedy and music. Check this video out! I think it’s something the whole family can enjoy.  His spoken-word humor is abusurdest and I don’t think a child would get it or be interested.  However, 3 minutes and 4 seconds in is when he begins to sing, beatbox and loop vocal sounds to make a fully arranged funk song.  All with his mouth and loop recorder.  It’s a total hoot and you have to see to believe it. (Think Bobby McFerrin meets the “is-this-guy- serious?”comic stylings of Andy Kauffman…)

This past week was my special friend Rory’s birthday.  Rory is a snail and he loves to make new friends. 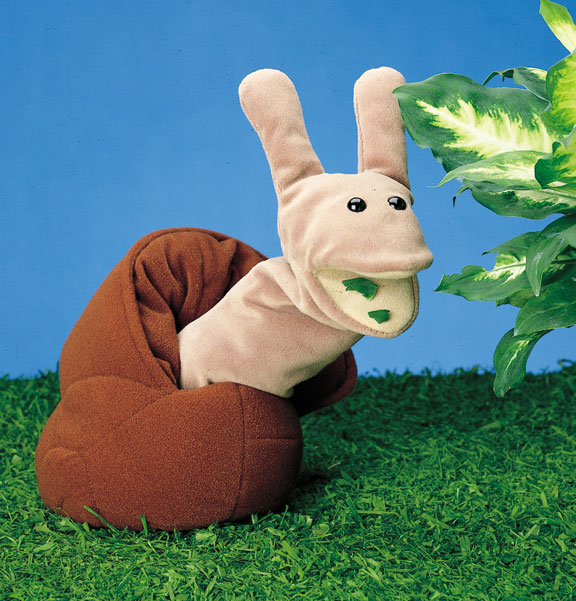 But Rory lives in Austin, so we had to take a little musical field-trip.  We got to Austin singing “Driving In My Car” and played with different tempos.  We move slowly (Adagio) when going through quiet neighborhoods or near schools; we move quickly (Allegro) when we are on feeder roads and we move super fast (Presto) when we’re on the highway.

Once in Austin, we met Rory who really loves decorations, so we played “Blow the Balloon” and we practiced blowing out on each note of a major scale (do, re, mi, fa… etc.).  We also sang a call and response song called “I am a Birthday Cake”, a song sharing the same melody as “I am a Pizza”.

We got to sing Happy Birthday together and Rory reminded us how important it is to share.  Which is hard for him because that cake was so delicious he was tempted to eat it all by himself!

Students also got to try their hand with the “Xylopipes”.  Which is slightly different from the xylophone because xylophones use solid pieces of metal slats and, of course the pipes are hollow and circular.

Thank You so much for being engaged in your child’s musical development!

PS. I found this adorable video of a young child discovering music making on the xylopipes. It’s very cute!